Pablo Inza (Arg) is considered by many to be one of the present day tango scene’s most influential figures and has won respect worldwide for his innovative and creative style. Pablo’s personal style is rich in contrasting dynamics and playful musicality. Frequently invited to some of the largest tango festivals in Europe and North America, Pablo has been teaching and performing around the world since 1999. An excellent teacher with a great capacity for analysis and an innate sense of musicality, Pablo’s classes are popular amongst dancers of all levels.

Sofia Saborido (Arg) A delicate yet intense dancer, Sofia has a extensive background in theatre, ballet, modern and jazz dance. The deep musicality and quality of movement in her dancing is based on a refined and sensitive connection. Being the great grand daughter of Enrique Saborido, a legendary dancer, musician and composer of tangos like La Morocha, Felicia and others, she was literally born with tango in her veins. In 2006 she won the fourth place in the tango championship of Buenos Aires. Since then she dedicates her time on teaching and performing mainly in Europe but also in United States, Australia and Asia.

Pablo Inza. Dancer, choreographer, stage director and tango teacher. With a rich background in contemporary dance, artistic performance and direction, he started dancing tango in 1992 with both amateur milongueros as well as renowned maestros. He participated as dancer and choreographer in many tango shows in Argentina and also internationally. Since 1999 he has been invited to teach and perform in the most prestigious festivals. As stage director he created “Radio Cabulero”(presented in Bergen International Festival in 2002, Norway) “El arte de amar” (Tangomagia VI 2003, Holland). In Buenos Aires he did “El camion” (2001-02); “Matambre” (2003), “Metronomo” (2004), “Living” (2008) and “En el abrazo”(2012). Between 2004 and 2009 he was the producer and artistic director of Cambalache (a festival based on a fusion of tango, theater and contemporary dance). He was also one of the founders of Practica X (2004-2012) which was one of the most frequented practicas in Buenos Aires.

Sofia Saborido. Dancer and tango teacher with a background in theatre, ballet, modern and jazz dance. Great grand-daughter of Enrique Saborido (dancer, musician and composer of tangos like La Morocha or Felicia and many others) Sofia started dancing tango when she was only 10 years old. At the age of 12 she enters in the young tango ballet of La Plata. In 2000 she works in the dinner show “La Cumparsita” and performs every Sunday at the historic show of plaza Dorrego, in San Telmo. In 2006 she wins the 4th place of in the tango championship of Buenos Aires. In 2009 and 2010 she participates as main dancer in the show “Tango Argentique” presented in the Theatre Festival of Avignon. Since 2006 she develops an intensive pedagogical activity and is invited to teach in many countries such as France, Italy, Spain, Japan, Switzerland, Greece, Sweden, United Kingdom etc. 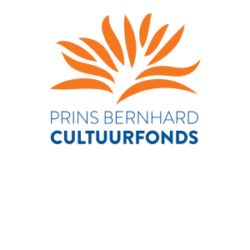